Monthly: ADX is falling, so we'll ignore the bullish momentum of the chart. Apparently, the index will face a strong resistance around the upper Bollinger band (2159.6) 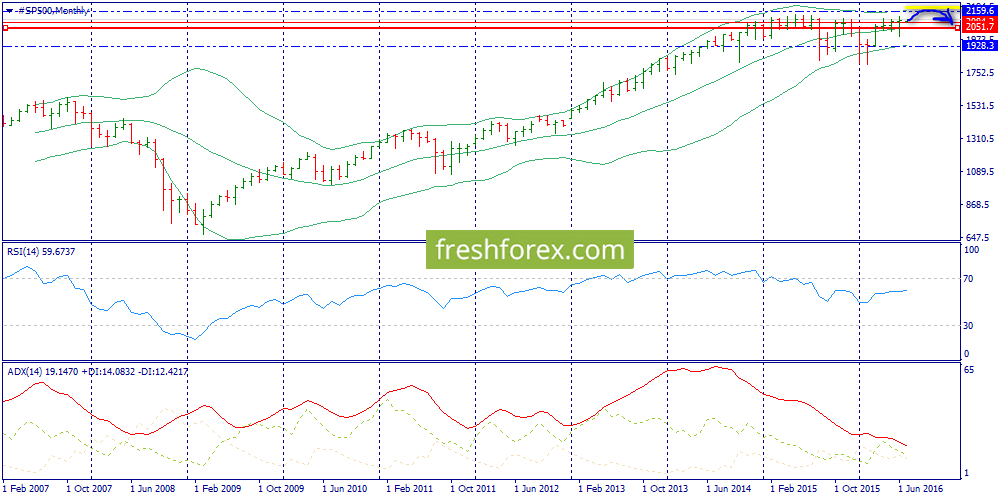 Weekly: we confirm the non-trend growth and resistance at the upper Bollinger band (2159.6) 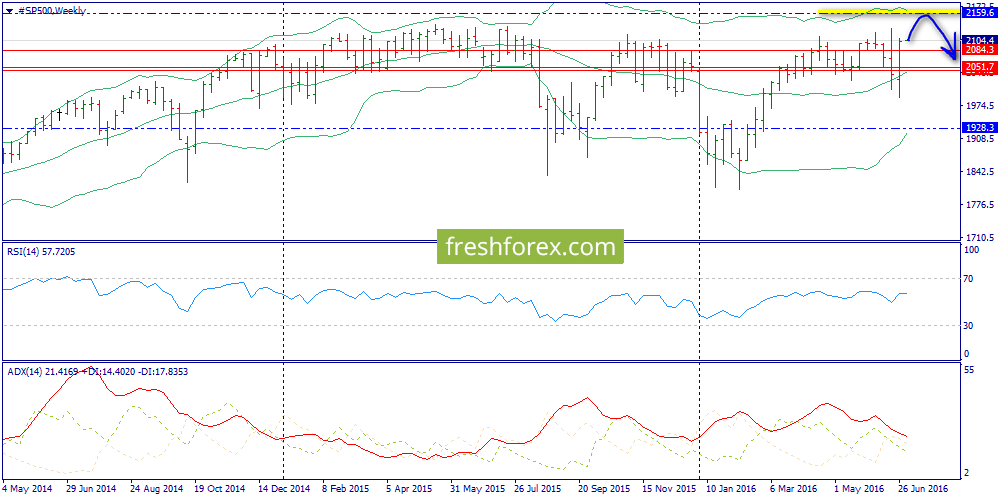 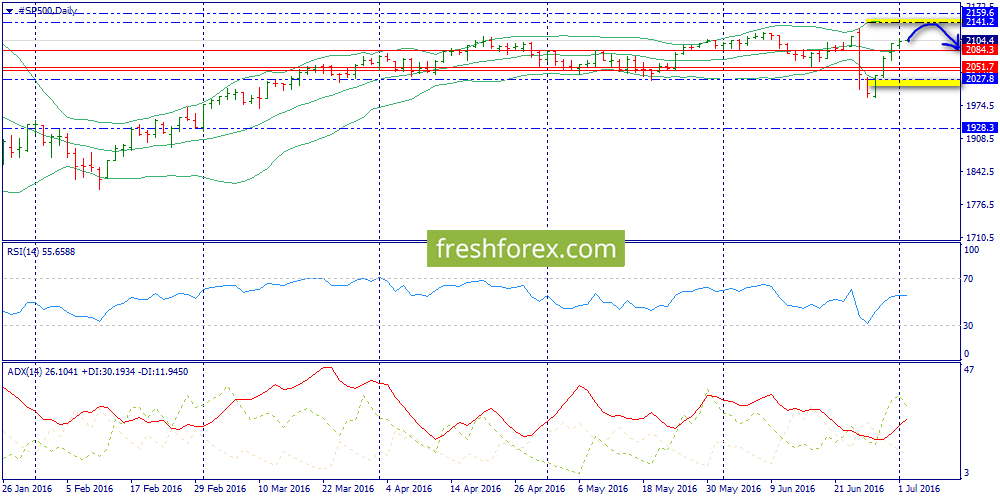 The alternative scenario - a higher impulse to 2159.6 and then movement under the basic scenario.

Monthly: Oil is consolidating at the middle Bollinger band (53.92) and, apparently, this trend will continue. 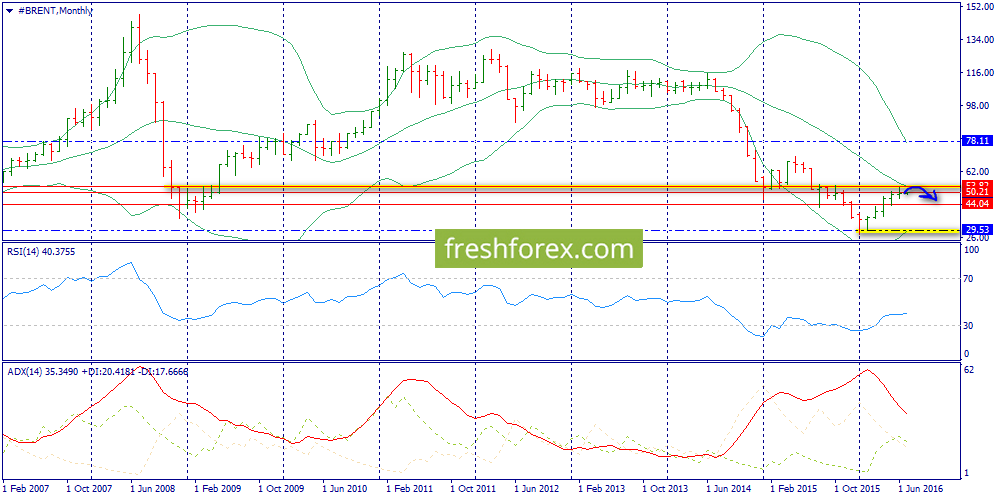 Weekly: ADX is in the active zone, but it is going through correction against the oscillator, so that we can talk about the strong resistance around 53.82-54.00. Support is at the middle band region (44.04) 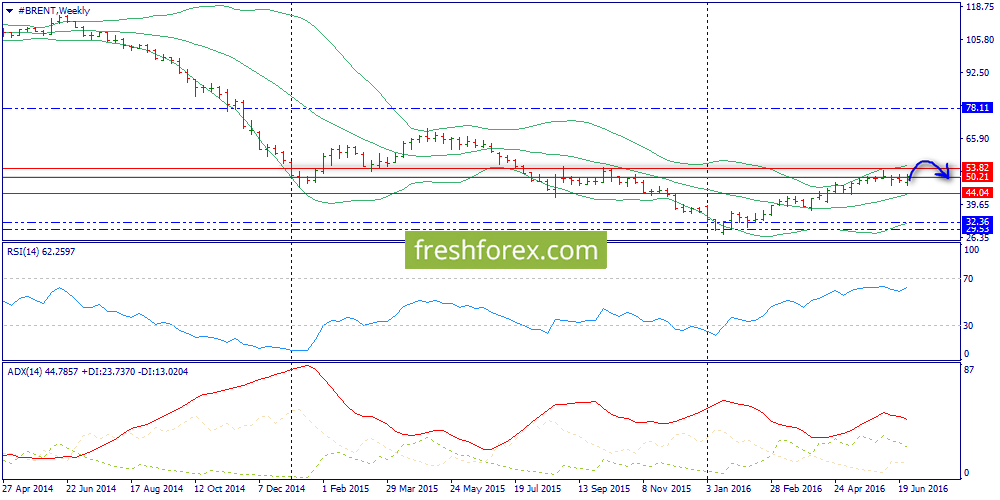 Daily chart:the flat undirected range inside Bollinger envelopes (47.89-52.70). ADX is going through correction, so an upward breakthrough is not expected. 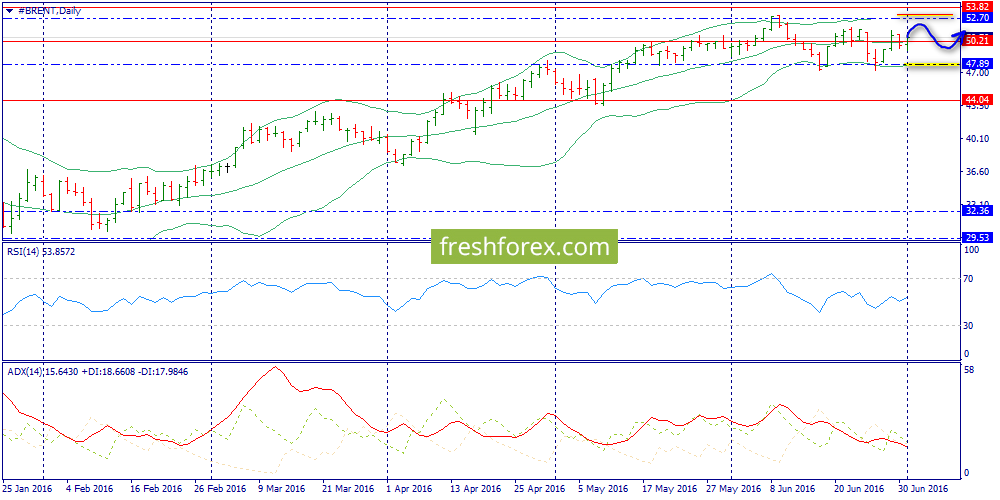 The alternative scenario - surge to 53.82-54.00 followed by decline under the core scenario.

Monthly: a very active trend ADX, so we expect continuation of growth in the direction 1580.20 (in the medium run) 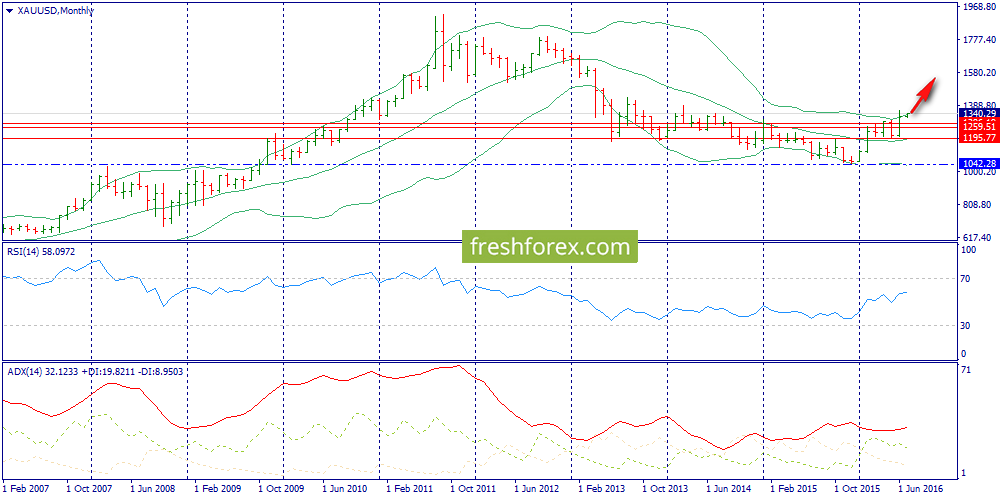 Weekly: a well expressed bearish divergence of the oscillator, which can lead to correction in the area of ​​the middle Bollinger band (1259.51) 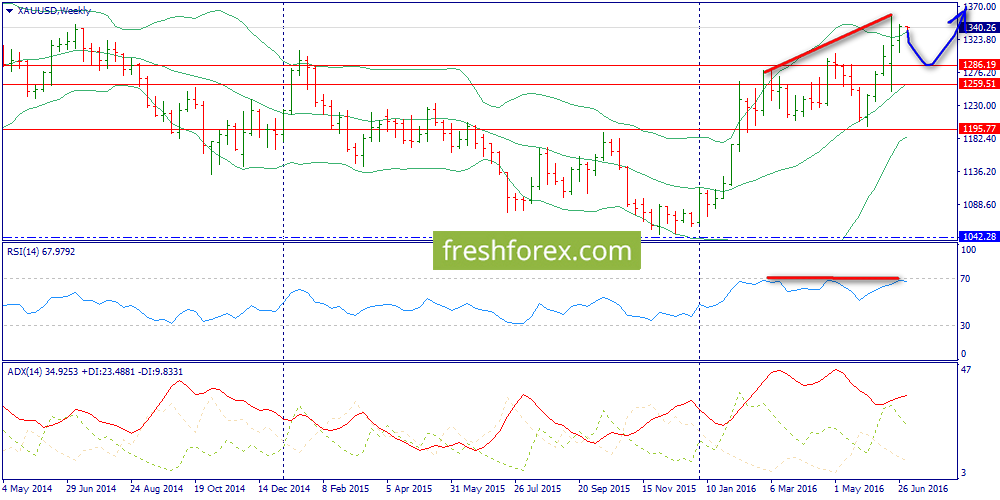 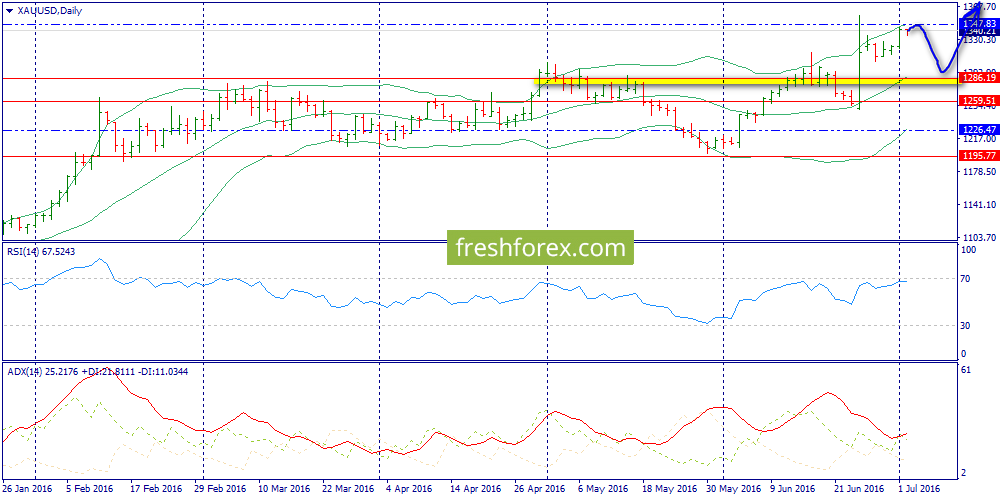 Expectations: now we expect a downwaed rollback to 1284.19 from 1247.83, and then a strong growth phase of gold may start . So I would warn traders against any sales.

FreshForex is a brand operated by the international company Riston Capital Ltd. that is incorporated under registered number 20623 IBC 2012, registered by the Financial Services Authority of Saint Vincent and the Grenadines.
The Company provides access to online trading for clients from more than 200 countries all over the world. The Company's partners are the licensed European liquidity providers, banks, payment aggregators and systems with which the company has been cooperating for more than 15 years.
Clients must be at least 18 years old to use the services Riston Capital Ltd.
Freshforex.com is owned by Riston Capital Ltd. The Company uses cookies for better website operation, traffic flow analysis, and personalization. By using this website you agree to our Cookie Policy.
User Data privacy is protected in accordance with GDPR. The SSL certificate installed on the website transfers the information over a secure protocol.
The services of the Company and the information on this website are not directed at citizens/residents of the United States, Spain, UK, and North Korea, and at not citizens of any other country or jurisdiction where it would be contrary to local law or regulation.
Warning: Margin trading involves high risk and can lead to significant financial losses. Before deciding to trade, ensure you fully understand all possible risks, a level of your experience and knowledge in the financial field.
The site contains links to websites of third parties. Riston Capital Ltd. does not check or control the third-party resources that are in any way related to the FreshForex site, so the Company is not responsible for any third-party information or materials posted.
By creating a link to a third party website, Riston Capital Ltd. does not endorse or recommend any products or services offered by the third party.
The website content is intended for informational purposes only. It should not be regarded as an offer or solicitation to any person in any jurisdiction in which such an offer or solicitation is not authorized. It also should not be considered as an offer/solicitation to any person to whom it would be unlawful to make such an offer or solicitation, nor regarded as a recommendation to buy, sell or otherwise deal with any particular currency or any other trading asset investment. If you are not sure about your local trading regulations, please, leave this website immediately.
© 2004—2020 FreshForex – Forex broker
Reproduction of the contents is allowed only with active hyperlink to original source.
Suite 305, Griffith Corporate Centre, Beachmont, P.O. Box 1510, Kingstown, Saint Vincent and the Grenadines.